An Introduction To Zero day Vulnerability 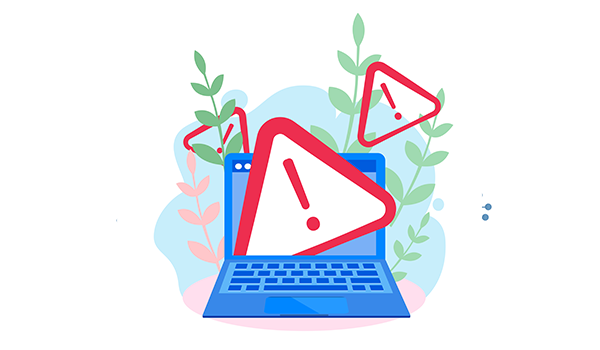 The attack continued for several months. This made the infected machines to wear down over time. The Iranian government had to remove most of these centrifuges during that time. This affected their nuclear capabilities. The incident shows the usage of technology as a cyber weapon.

You must also learn how to detect and prevent zero-day attacks and zero-day exploits. You will also understand why it is necessary to use SecureBox.

What Is A Zero-day Vulnerability?

A zero-day vulnerability refers to a programming error in the software that the vendor isn’t aware of. Cybercriminals exploit this flaw or bug to their advantage. The software developer will then create a patch after knowing the vulnerabilities. This patch contains the programming fix and other updates as well.

An attacker sees a zero-day vulnerability while exploring a new messaging application.

A zero-day attack targets and infects these vulnerable applications or programs. Cybercriminals have various ways of attacking and some are even automated.

The cybercriminal heard the newest vulnerability of a popular messaging application. They then decide to launch an attack on this application.

A zero-day exploit happens when someone takes advantage of a software vulnerability. The entire process of creating a fix will take some time. Cybercriminals exploit this timeframe to their advantage.

The attacker infects the software with malware. They do this while there is no available fix yet for the vulnerability.

A zero-day vulnerability is stoppable. One way is to look for clues or pieces of evidence. Here are some effective zero-day exploit detection methods:

1. Detection through signature – malware and zero-day attacks leave traces of evidence. This is their digital “signature” in the system. You can detect zero-day exploits by analyzing known signatures from previous attacks. You can also analyze the statistical data of previous attacks.

2. Detection through behavior – you can look for attack patterns and variations of these.

3. Detection through combination – you can also mix and match the other methods to your liking.

We can reduce zero-day attacks by also doing the following:

● Apply patches as soon as possible. A patch contains fixes and updates to applications. This also includes the fix to previous vulnerabilities. Updated software has a lesser chance of having a zero-day vulnerability. SecureBox can help you by providing you with the following reports:

9. Email notifications based on reports

● Use a web application firewall or WAF. This filters out web traffic to your network for any suspicious activity. SecureBox also watches over your network 24/7. A zero-day vulnerability will not likely to happen because of this. SecureBox is also an award-winning intrusion detection and prevention product. This means it’s tried and tested by many.

● Restrict network access. There should be a restriction on network access. The security principle of least privilege is applicable here. Normal users should have default ordinary privileges or access rights. There should be at least one administrator account per network. A zero-day vulnerability is avoidable if the attacker can’t get access to your network. SecureBox can add another layer of security by whitelisting certain programs. These whitelisted programs are the only ones who get access to network resources.