How To Protect Yourself From RUDY?

There was a time when 56kbps modems were the trend in technology. Using these old school modems refers to dial-up connections. Remember how slow the internet connection at that time? You get the same experience when you fall victim to RUDY’s attack.

RUDY is an acronym that stands for “R U Dead Yet”, according to cloudflare.com. It is a DOS or denial-of-service attack tool. A DOS attack is a kind of cyber attack that disrupts the normal operation of a network. A DOS attack can make the network resources unavailable or slow to gain access. A DOS attack originates from a single source. 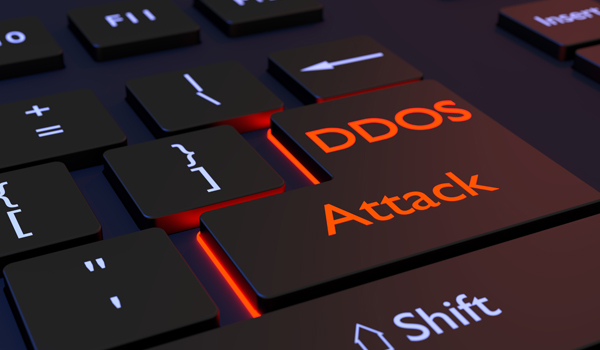 You will know more about RUDY in the next section. You will also understand the importance of protecting yourself against RUDY.

Who Or What Is RUDY?

RUDY is not a famous comedian nor an actual person. RUDY (R U Dead Yet) is a DOS attack tool. It used by an attacker to target and disrupt the normal operation of a server.

Another term for RUDY is a “low and slow” attack. This disruptive attack forces a web server to focus on these small-sized packets. This in effect slows down server operation because it is busy resolving RUDY’s requests.

Any web form is vulnerable to RUDY’s attack. RUDY looks for form fields and exploits the form submission process. The target web server thinks of RUDY’s attack as a normal user with a slow internet connection. You can imagine how slow it will be for users on the network affected by RUDY’s attack.

Cybercriminals would do a RUDY attack on a higher level. This means that they will strike from various locations. Now, this is what we call a DDoS or distributed-denial-of-service attack. RUDY is one of the many DDoS attack tools out there. RUDY can launch an attack coming from various locations that target a single web server.

This is all done in an easy way thanks to its friendly user interface. The attacker points and clicks a target and that’s it. Someone doesn’t need a degree in computer science to use RUDY. Cybercriminals today make use of botnets to perform a DDoS attack. Botnets refer to computer networks already under the control of an attacker.

These botnets include IoT or internet of things devices. These botnets also include smartphones, laptops, and other smart devices. A network admin sees RUDY’s attack as coming from these devices.

You now know what RUDY is and what it is capable of. You will learn in the next section how to protect against RUDY’s attack.

How To Stop RUDY’s Attacks?

The best solution to any given problem will always be prevention. You can prevent DDoS attacks like the one from RUDY by doing the following:

You are now aware of what RUDY is. You also understand what it is capable of and how to protect against it. You can stop RUDY and other threats from happening if you have a security solution. For more information on about cybersecurity, you can visit this link.